With Corbett Tiger Reserve going to Uttrakhand, Uttar Pradesh always wanted to develop the Pilibhit forests area as a home for the striped cats. A proposal, created in 2005, to make a home for the endangered cats in Pilibhit forests was sent to the government of India in April 2008. Pilibhit Tiger Reserve was declared in September 2008 on the basis of its special type of ecosystem with vast open spaces and sufficient feed for the elegant predators. 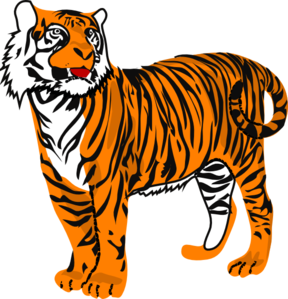 In September 2008, Indian government has decided to reserve four new areas for Tiger including Pilibhit Tiger Reserve. Pilibhit Tiger Reserve lies on the India-Nepal border in the foothills of the Himalaya and the plains of the ‘terai’ in Uttar Pradesh. This new reserve would run through Pilibhit, Kishenpur sanctuary and Khutar range of Shahjahanpur, the existing one would have Dudhwa, Katarniaghat and Kakraha range of Bahraich division. Pilibhit, Khutar and Kakraha are reserved forest areas which will be converted into protected areas for the reserves. In actual fact, Dudhwa tigers are distributed in one major and three smaller populations. The major population is constituted by Dudhwa reserve which includes Dudhwa National Park, Kishenpur and Katarniaghat wildlife sanctuaries and forests of Pilibhit, north and south Kheri while the smaller tiger populations are found in Bijnor forests in west, and Suhelwa and Sohagibarwa wildlife sanctuaries in east. The study done by Wildlife Institute of India (WII) shows that Dudhwa-Pilibhit population has high conservation value as it represents the only tiger population with the ecological and behavioral adaptations of the tiger unique to the Tarai region.